We will be highlighting some of our current local Scholarship recipients in upcoming months, but to kick off our new website, we wanted to highlight one of our past recipients from almost 40 years ago to show that the dollars that are donated to Lubbock Monterey AMBUCS have a long-lasting effect and are multiplied many times over.

“In my 26 years as a faculty member, I have taught more than 1000 students who have gone on to touch the lives of countless patients. I hope that the members of the scholarship committee who approved my application all those years ago would feel that those hard-earned AMBUCS dollars were well invested” –Sherry Sancibrian

Sherry Sancibrian says that serendipity led her to Texas Tech University. When her Air Force father was transferred from Tripoli, Libya to Reese Air Force Base, Sherry says she had no idea that Lubbock would become her permanent home. She earned a Bachelor of Science in Special Education from Texas Tech after marrying Alan “Sandy” Sancibrian, but Sherry knew that a graduate degree was necessary to achieve her goal of becoming a speech-language pathologist. 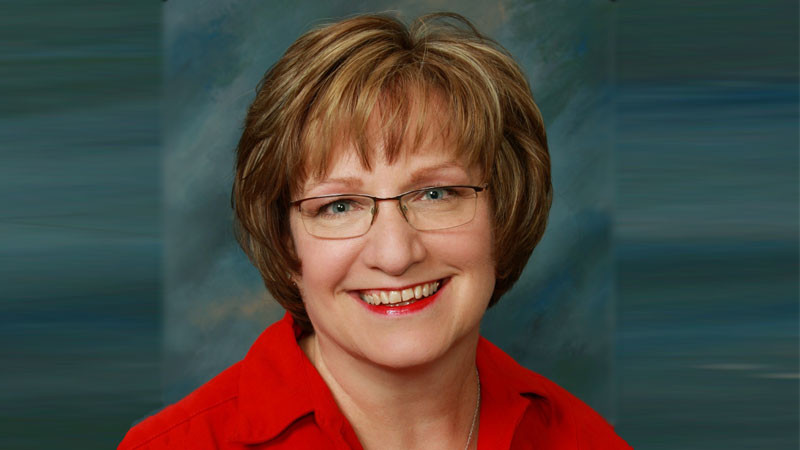 However, graduate tuition seemed daunting to a young married couple just starting out,  and Sherry says she “luckily” received a local AMBUCS scholarship and an AMBUCS Living Endowment Award in 1976, so she was able to complete her graduate education in speech-language pathology, also at Texas Tech, in 1978.

Sherry has worked as a speech-language pathologist in a variety of settings, including schools, early childhood intervention programs, and hospitals. She joined the faculty at Texas Tech as an instructor and became Director of the Speech-Language & Hearing Clinic in 1984. She is now Professor and Program Director for Speech-Language Pathology in the Department of Speech, Language, and Hearing Sciences at Texas Tech University Health Sciences Center. Her primary professional area of interest is the treatment of children with speech and language disorders, especially those with autism, cleft palate, cerebral palsy, and language/learning disabilities.

Sherry was awarded Therapist of the Year by Monterey AMBUCS in 1986.  She has also been the Tri-Alliance Speaker at AMBUCS National Conventions in 1998, 2001, and 2013. In 1990, Sherry was chosen as an Outstanding Faculty Member by Mortar Board and Omicron Delta Kappa. She has received the Outstanding Teacher of the Year Award from the TTUHSC Student Government Association (9 times), the President’s Excellence in Teaching Award, and the YWCA Women of Excellence award for education.

While Sherry’s professional awards and recognitions are numerous, she also gives back to the community where she has developed her professional credentials. Locally, Sherry gives her time to organizations such as the Lubbock Cleft Palate Clinic, the South Plains Autism Network, and the West Texas Association for Infant Mental Health. Sherry and Sandy are the proud parents of one son, Kevin, who is an alumnus of the TTU Mechanical Engineering program.

Sherry had this to say in a recent issue of the National AMBUCS magazine: “In my 26 years as a faculty member, I have taught more than 1000 students who have gone on to touch the lives of countless patients. I hope that the members of the scholarship committee who approved my application all those years ago would feel that those hard-earned AMBUCS dollars were well invested”.

It is tremendous to see what a Lubbock Monterey AMBUCS Scholarship has done for someone like Sherry, but it’s even more exciting to know that we still provide this same opportunity to current therapy students, and hope that you will choose to either join us as a member in helping to raise the needed funds, or at the least, make a donation so that Sherry Sancibrian’s legacy will go on for many more years to come.