We recently had our First Annual Trek 4 Trykes Wine Walk at Llano Estacado Winery and gave out several of our therapeutic AmTrykes. One of our special Vet Bikes went to a Texas National Guard vet, Tim Stansell, who was given first-class treatment by the area Miss Texas Pageant queens who were also in attendance. 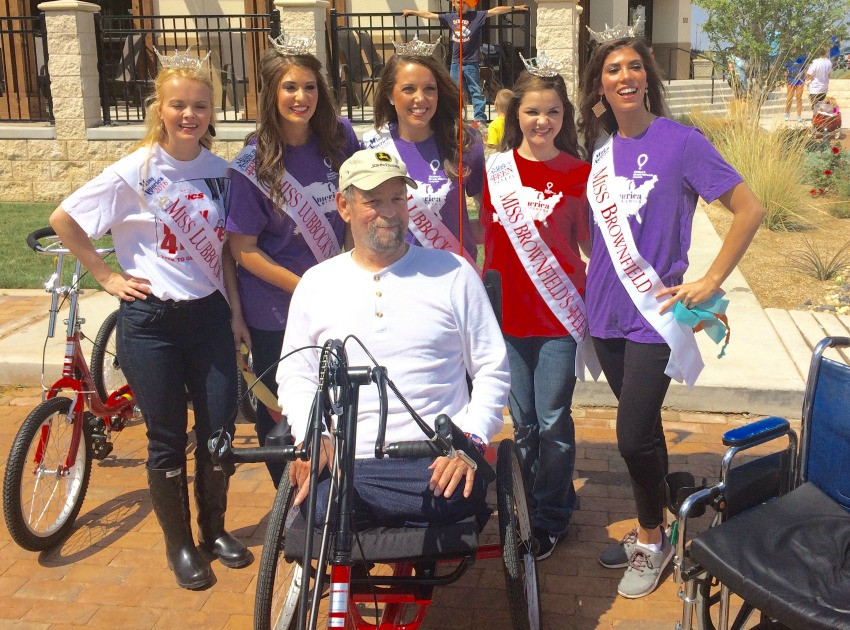 Tim had a brother who was killed while serving in Vietnam, and at his dad’s request, Tim enlisted in the Texas National Guard rather than going to Vietnam himself. Tim recently underwent a double-leg amputation due to diabetes, which he says was totally unexpected, since neither his 84-year old father, nor his 78-year old mother has had diabetes.

Tim worked for Westinghouse for 10 years, then was a Sales Engineer with G.E. in Dallas, and then, upon moving back to Lubbock, was employed by Brandon & Clark Electric. Tim was reunited at the recent Trek4Trykes with one of Brandon & Clark’s owners, Roger Clark who is a member of our club, and whose dad, Bob Clark, was one of our club’s founding members. After working for several years for B&C, Tim became self-employed, opening a Mexican import business.

Tim’s contact for his AmTryke was through another of our club members, Gary McDonald, whose wife Angie works at the local VA. Tim and Gary grew up together in Lockney, and Gary’s Dad was their Scoutmaster. Tim is currently living locally at Lakeside Nursing home and has a routine therapy program in which his new AmTryke is ridden up and down 3-4 levels of the 12-degree-slope ramps of a local parking garage. Tim says, “My AmTryke has made me mobile again”. 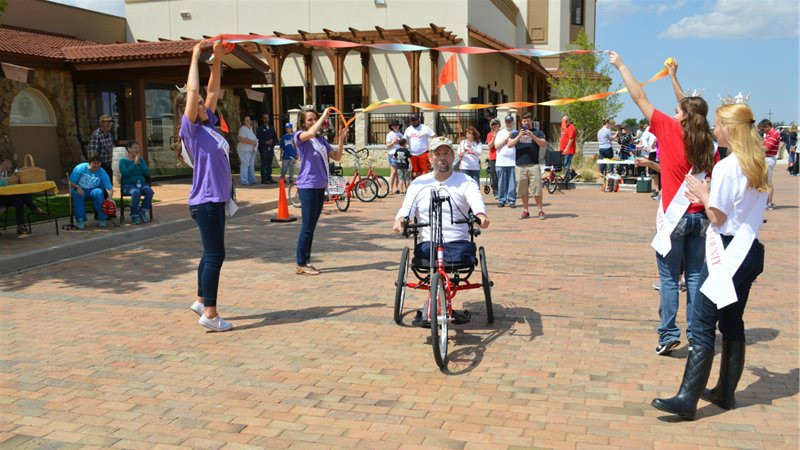 Tim has a daughter who lives in the DFW area and a son who recently graduated from Texas Tech and sells insurance locally; and after the recent Trek 4 Trykes Wine Walk, Tim’s son posted his dad’s pictures from the event on Facebook, and Tim has been getting contacted by a number of folks, including friends from high school that he hasn’t seen in years.

We look forward to the AmTryke program expanding through contacts exactly like that, and if you know of anyone who could use one, just Contact Us and we’ll be glad to provide information on how that can be accomplished.