The 94th Annual AMBUCS National Conference was held recently in Tuscon, Arizona, at the Lowes Ventanna Canyon Resort, and was attended by the following members from our club: Kim Davis, our club’s President-Elect; Patty Vannoy, immediate Past President of National AMBUCS; and David Vannoy, chairman of our club’s Projects Committee.

The event was 5 days – with the first couple of days filled with National Board Meetings, the Great Tuscon Bike Build where the AmTrykes given during the Conference at the AmTryke Rodeo and the Vet Ride were assembled, a Golf Outing, a First-Timers Meeting; and then wrapping up Wednesday evening with the Opening Night Celebration Fiesta.

Thursday was the start of 3 days of Member training and special events, and the opportunity for AMBUCS from all over the country to get acquainted, wrapping up Thursday evening with the Veteran’s Ride and Dinner, with some special entertainment for the vets. 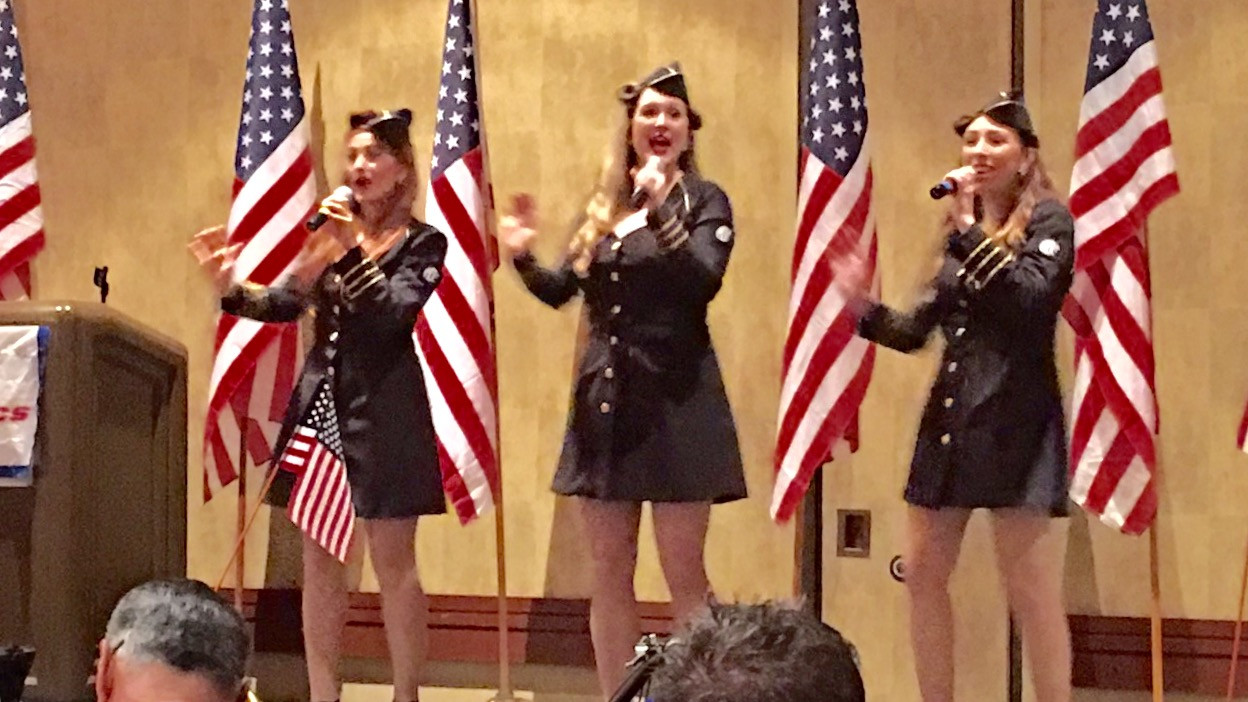 Their was a Vet Bike Ride, and our club was responsible for the donation of one of the 28 Vet Bikes presented that evening, with ours going to Thomas Hoyer, who was a medic in the Air Force. 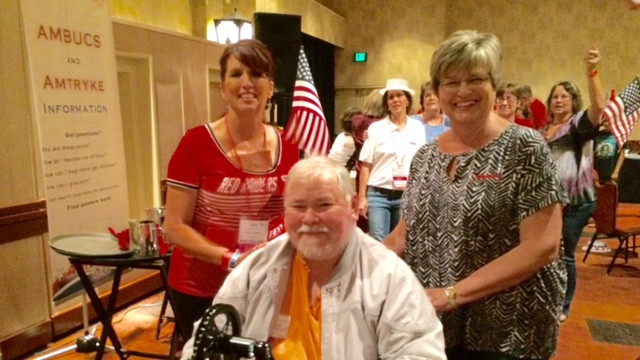 Saturday morning was the 11th Annual Trek 4 Trykes Walk-a-Thon to raise money for more AmTrykes, and immediately after that was the 13th Annual AmTryke Rodeo, where AmTrykes are presented to local recipients from the area, and our club provided the funds to donate one to Liam. 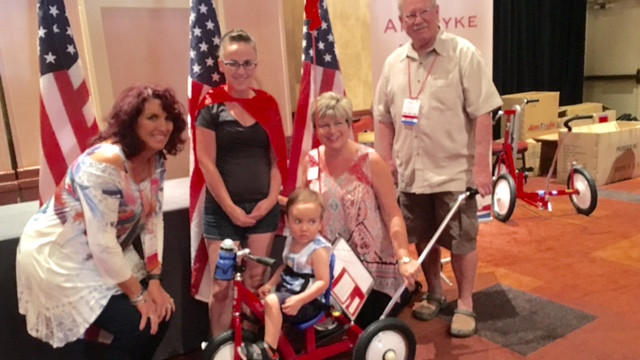 We also contributed to the 2 AmTrykes given by our District 6-C – one went to Aaron. 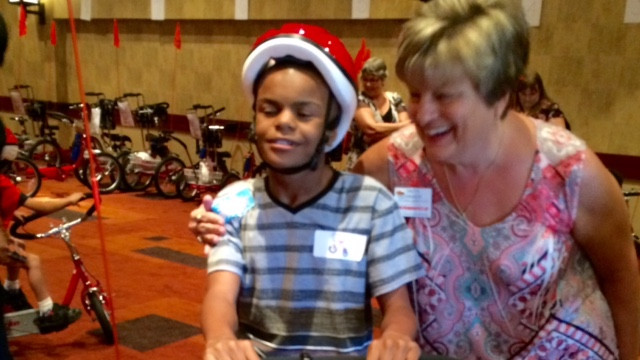 And the other to Olivia. 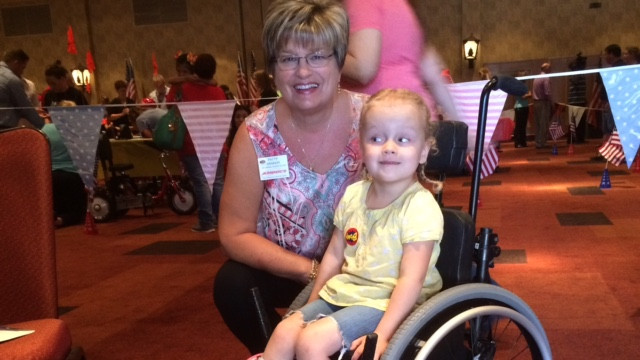 Who apparently changed to a super hero after receiving her AmTryke! 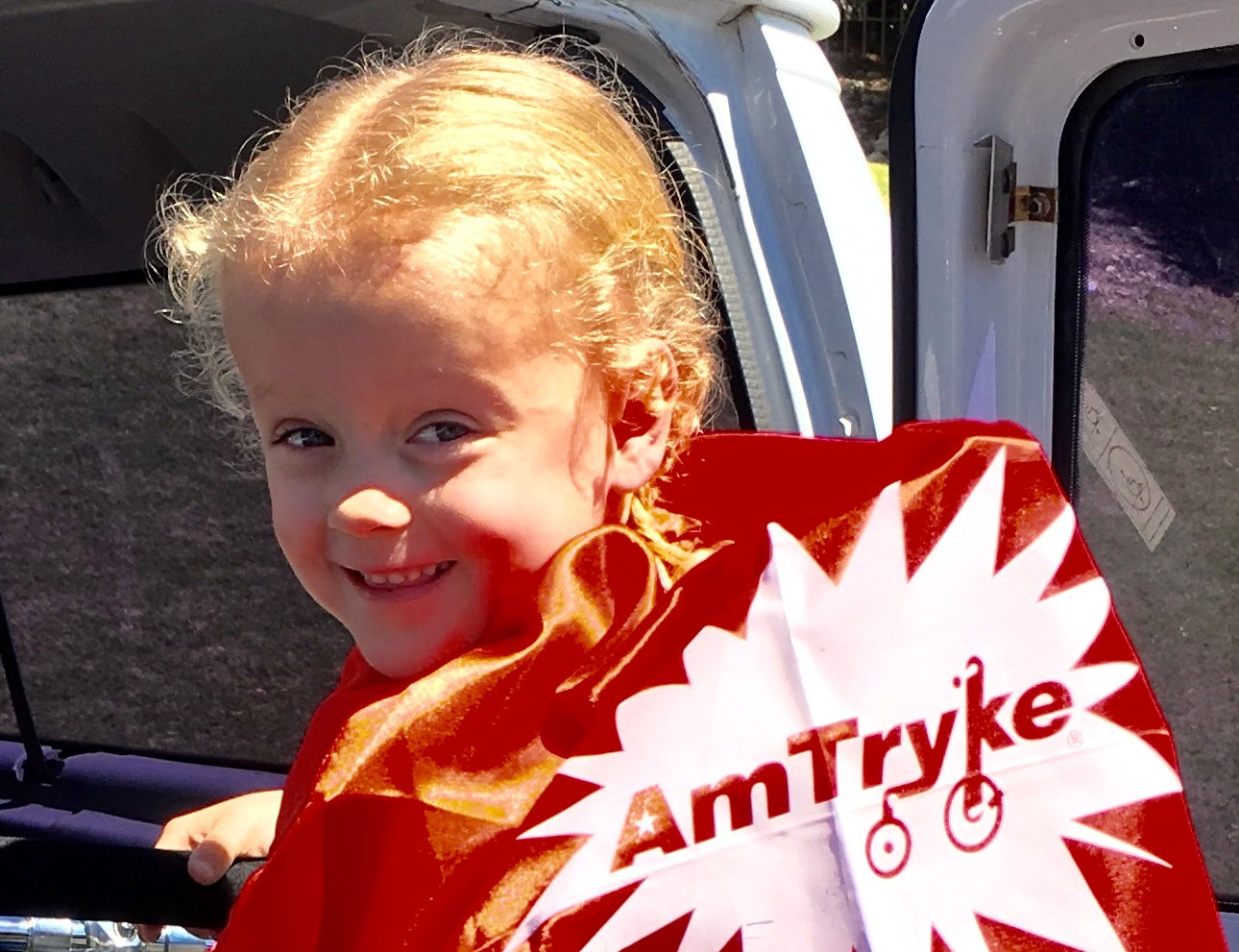 Our club was number 17, out of 34 Superior Chapters, the highest chapter recognition based on our Scorecard Points accumulated for various club activities during the year.  Lubbock Monterey AMBUCS was also recognized as a Blue Chip Chapter for having a 93% retention rate on our Membership for last year.

The report from the Scholarship Committee was that 264 students received scholarships totaling $199,350 in 30 different states; with Texas. at 97 Scholarships, having over a third of those given; and the majority of those were right here in Lubbock, thanks to the ongoing work of our very own Patty Vannoy.

Patty says that the highlight of the week’s activities for her though was the presentation by Oz Sanchez, a former marine who was injured in a hit-and-run motorcycle accident which resulted in a spinal cord injury and “the inevitable neurological complications that can accompany such an injury.” 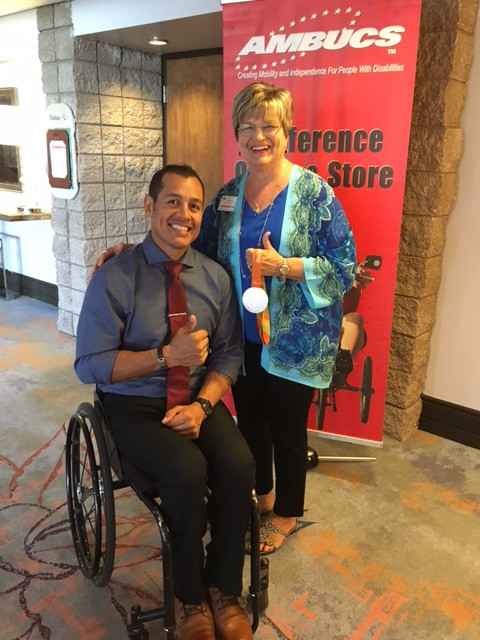 According to the event program, “After the accident, the biggest fear Oz faced was how he would define himself given his new physical parameters.” Apparently, he has done very well at it, having competed in the adaptive sports of handcycling and triathlon, and is a five-time world champion in those events, and a silver medalist in Rio.  I’m sure Patty will share more on Oz (and his remarkable story) at our luncheon on Monday, November 7 when she and Kim Davis give us a more comprehensive review of the entire event.

The info-packed and inspiration-filled Annual National Conference is something that many of our current members have experienced in past years, and something that hopefully each of you who have never been can one day attend to get a bigger picture of what AMBUCS is all about nationally.