Rick Sosebee has been a member of Lubbock Monterey AMBUCS since 1977. He was sponsored by Calvin Craig, who was one of the earlier members of La Mesa Chapter. La Mesa was the original name of our Chapter, but later the Chapter's named was changed to Lubbock Monterey Chapter of AMBUCS. 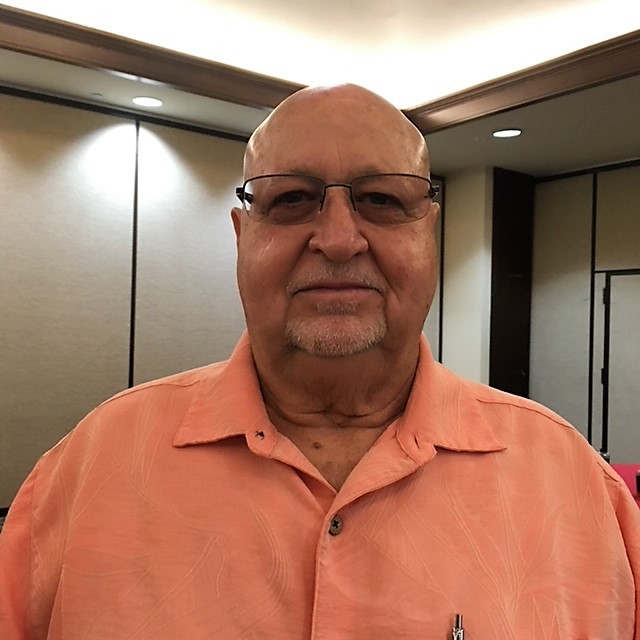 Rick has been a strong and caring member of this club for 44 years. When asked why he joined Lubbock Monterey AMBUCS, he stated he believed in the mission of helping crippled children...and it was hard to say "no" to your Father-in-Law who sponsored him!!! While he chuckles about not being able to say "no" to his Father-in-Law, it was the AMBUCS' mission that sold him into becoming a member. As an interesting fact about Rick, he was the Past Present of Lubbock Monterey AMBUCS in1981-1982, and past District Governor. He has and still is, a member on many committees and was involved in helping start other AMBUC chapters.

Rick and his wife, Cathy Craig Sosebee, were married on May 26, 1973. They have 2 kids: Alison and Spencer. Allison is the mother of their 3 grandkids. Rick and Cathy also have a dog named Nico and a cat named Piper. For 50 years, Rick worked for various companies in the fire protection industry. He was the District General Manager for Grinnell Fire Protection for 27 of those years. Grinnell Fire Protection sold, designed and installed fire sprinkler and fire alarm systems.

Rick's favorite pastime is hanging out with friends and grandkids. His goals are: to live a few more years, help spread the word about AMBUCS, and to grow Lubbock Monterey AMBUCS.

We are so grateful to have Rick Sosebee as a member of our Lubbock Monterey AMBUCS Team, and whether you're a long-time Lubbock resident or a newcomer, If you, too, would like to learn more about our mission and see about joining our Team, just JOIN US at one of our regular Monday Lunches at the McKenzie/Merket Alumni Center on the Tech Campus. You'll be glad you did!!!