On November 1, 2022, Doug Saffle laughingly said he decided to rejoin Lubbock Monterey AMBUCS after he learned we no longer had the hamburger restaurant as a fund raiser. Doug was a member from 1995 to 1997, but then decided he needed to focus on his work. There were rumors Rollo Gurss, his sponsor, really did not have to twist his arm when he approached Doug to rejoin. Doug enjoyed being a member years ago and liked the mission of Lubbock Monterey AMBUCS. He enjoyed the members then and was pleasantly surprised to see many were still members. 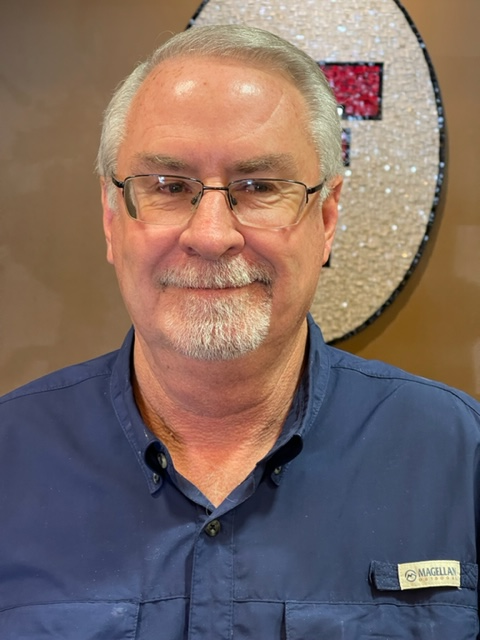 After 25 years of working with Bunzi Distribution where he focused on selling disposable packaging to Food Service Distributors, he retired on January 2022. He and his wife, Sherry, have been married since January 1990. While they don't have children, they have a lovable four-legged female yellow lab named Henley. According to Doug, Henley runs the house! Both Doug and Sherry enjoy spending time at their ranch, which is both a recreational and working ranch with livestock. Their ranch is located between Slaton and Post and is a great place for their dirt bikes, 4-wheelers and just to get away from it all. Another place they enjoy spending time is in Ruidoso, New Mexico...they love the New Mexico mountains!

When asked about his goals Doug stated his first is to enjoy retirement and stay healthy. Secondly, while he was away from AMBUCS, he saw other organizations, but his thoughts kept turning back to the Lubbock Monterey AMBUCS, its members, its mission, and projects to the community. When Rollo asked him to think about rejoining, he said "yes" without hesitation.

We are so grateful to have Doug Saffle as a member of our Lubbock Monterey AMBUCS Team, and whether you're a long-time Lubbock resident or a newcomer, if you too would like to learn more about our mission and see about joining our Team, just JOIN US at one of our regular Monday luncheons at the McKenzie/Merket Alumni Center on the Tech Campus. You'll be glad you did!!