One of our newest Members is also a former member. Bobby Sanders first joined Lubbock Monterey AMBUCS in 1994, but after only 2 years with the club was forced to go inactive due to extensive travel requirements by the Coca-Cola Company, Bobby’s employer for 23 years.

He retired from the Coca-Cola Company in April of 2013, and has now been in charge of Commercial Sales for Culligan Water Conditioning of Lubbock for the past 2 years. He calls on Plumbing Engineers, Building Contractors and any other Commercial & Industrial businesses specifying state of the art Water Conditioning platforms. 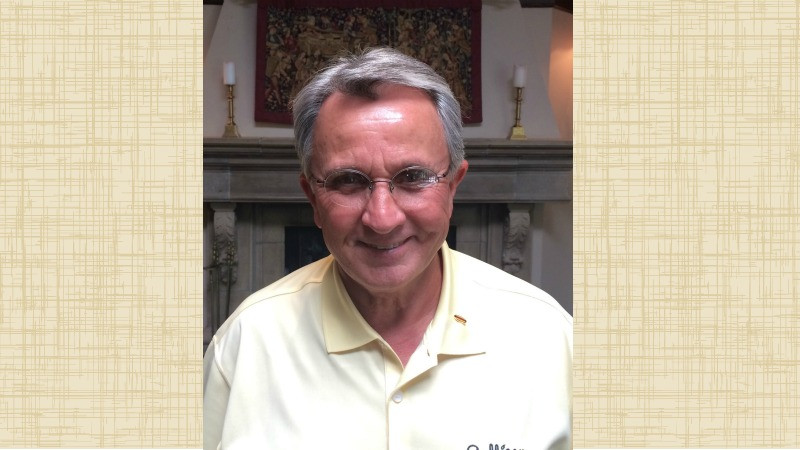 Bobby became active in Monterey AMBUCS again in May, and was a tremendous help at the club’s recent annual fundraiser, the Hamburger Restaurant at the South Plains Fair.  While manning the grill to cook burgers, Bobby (each time a cheeseburger was ordered) would have everyone laughing when he would burst into his rendition of Cheeseburgers in Paradise. 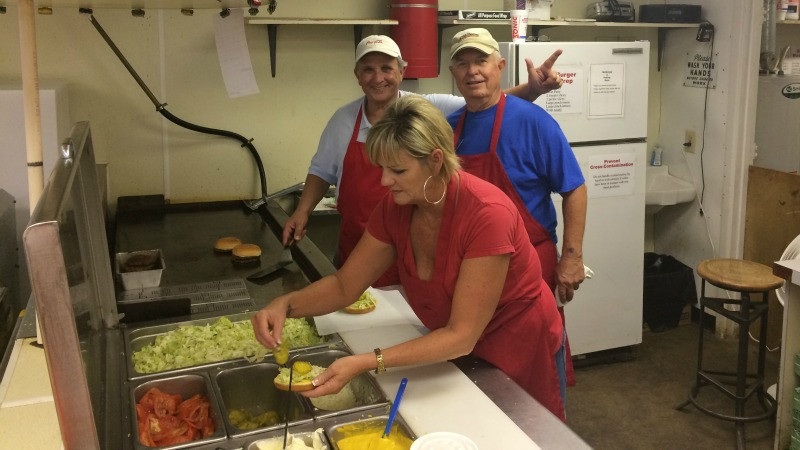 Bobby is in the white shirt working at the grill at this year’s fair.

Bobby said, “I’m sure many got tired of it but, it was fun” The song apparently comes naturally, because, as Bobby shares, “I love Jimmy Buffett. Debbie and I have been to 4 Jimmy Buffett Margaritaville’s and plan to visit more. Still looking for that Lost Shaker of Salt.“

The Debbie that he refers to is his wife of almost 13 years. They love to travel, having been on three cruises, “Alaska being our favorite and we plan to return. We also plan to go through the Locks of the Panama Cannel“ Bobby adds, “Debbie has a gift from our Lord as she has taught children of special needs for 26 years through Lubbock ISD. “

Together, they have 4 children: Savanna 28, Josh 27, Sara 25, and Andrew (their Texas A&M Aggie) 23. Additionally, there are 2 sons-in-law and 3 grandchildren with their 4th (a Boy) due on February 29, 2016 “Leap Year”. They are members of Lake Ridge United Methodist Church and “love our Lord and Savior Jesus Christ.”

Bobby says,”We also love our home, yet we fall into a depression every fall because we have to shut the Pool down for the winter months.” He also says he loves the Goin’ Band from Raiderland, and even announced for the band of 4 occasions. He was a cross country cyclist from the age of 14 to 24 and, at 60 years old can still ride his unicycle. Bobby adds, “I love community involvement – that is why I am an AMBUC and, a new member of the Lubbock Executive Association.

When asked about his goals, Bobby told us he wants to “continue to be servant for our Lord and extend a helping hand to the less fortunate.” He wants to always set a Christian example through his actions to his children and now his grandchildren, and to “be a dedicated member to Monterey AMBUCS by being as involved as he possibly can be.”

Bobby then adds, “I also want to continue to go on Cruises, they are a blast! Retire someday but not fully. I love being around people and can only play so much golf.” If you too would like to give back like Bobby, check out the JOIN US section of our website for details. Welcome back, Bobby.