If you’ll check out the About Us page, you’ll find that the Lubbock Monterey AMBUCS officially began as the La-Mesa AMBUCS in 1960, and one of our current members, Berwyn Tisdel, has been with the club for most of that time.

Berwyn will be celebrating 62 years of marriage to his wife Carolyn in July, and they are the parents of three – Lyniece, Tina, and Kent. He is a retired architect and engineer, but as a young, up-and-coming professional back in 1962, Berwyn says, “I joined Monterey AMBUCS to serve our community along with fellow members my own age,” adding, “What happened to those ‘others my age’?” 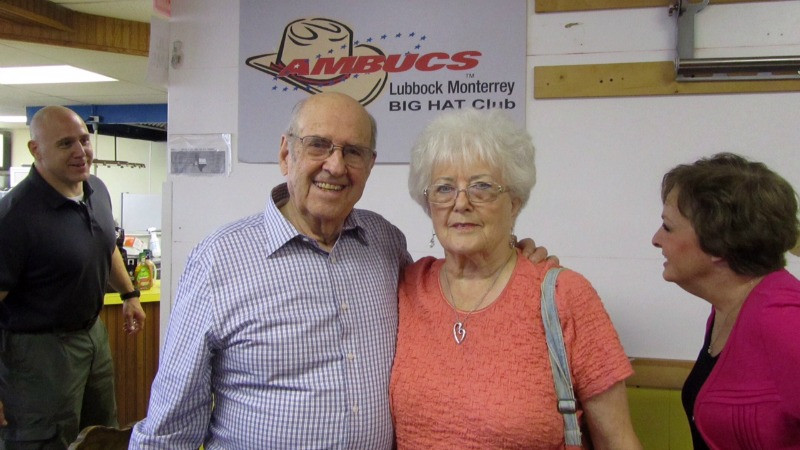 However, the way Berwyn has continued to handle his three shifts each year at our Hamburger Restaurant at the South Plains Fair, you wouldn’t know he isn’t one of the young ones – having just logged his 50th year last September helping to make burgers and fries.

When asked to share what Monterey AMBUCS has meant to him, Berwyn says, “I have enjoyed the many opportunities to meet new people, hear many, many informative programs, and become involved in various work projects. I also had the pleasure of knowing the hundreds of fellow AMBUC members that have come and gone during the years since 1962.” 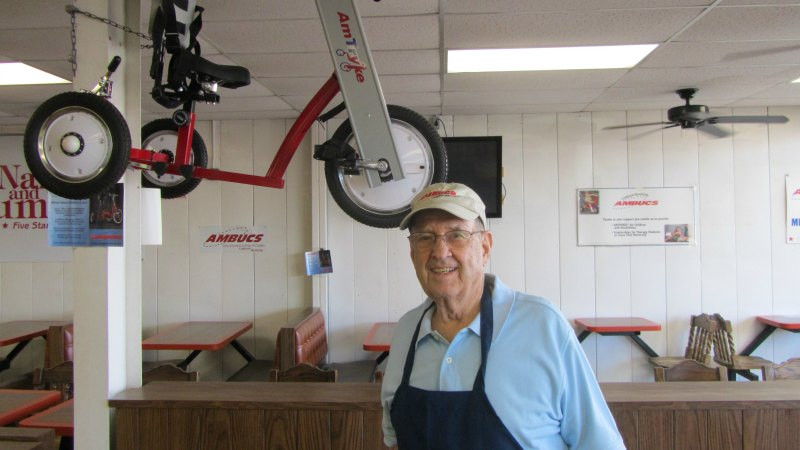 Berwyn is a great example of someone who is STILL WILLING to serve his community, and while we know that it will take “younger blood” to grow Lubbock Monterey AMBUCS through another 55 years of service to our community, we would still love to have even more of those “others Berwyn’s age” join us, and share in the fun.