On Saturday, June 18, at the Hub City Playground at Maxey Park, members of the Monterey AMBUCS Big Hatters Club once again sponsored the annual End-of-Season Party for the Challenger Little League, but this time was extra special, because it celebrated the 25th Anniversary of the League. 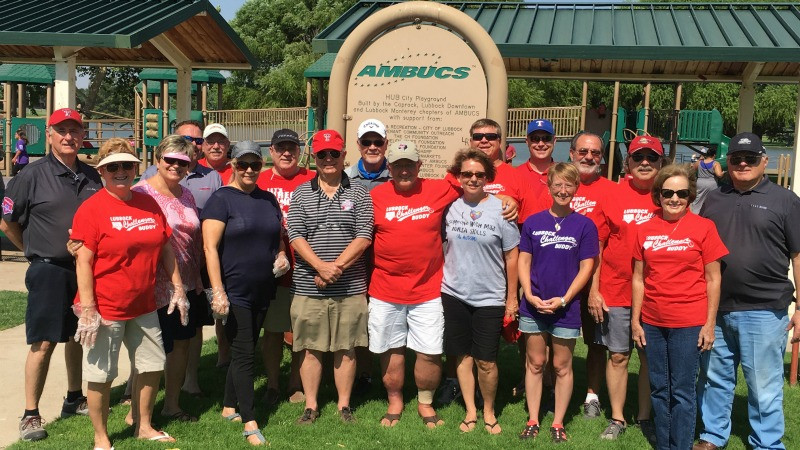 For several years, Lonny Kane, a Monterey AMBUCS member, has been a huge part of the Challenger mission, because of his son Daniel’s participation in the program as a player, and this year Lonny has served on the Challenger Board as President.  In the video below, Lonny shares a bit of the unique history of the connection between the Monterey AMBUCS and Challenger Little League.

This year’s party was well attended by a good representation of the 169 players and 180 Buddies from the 12 teams that were a part of the Silver Anniversary Season – along with lots of family and friends. 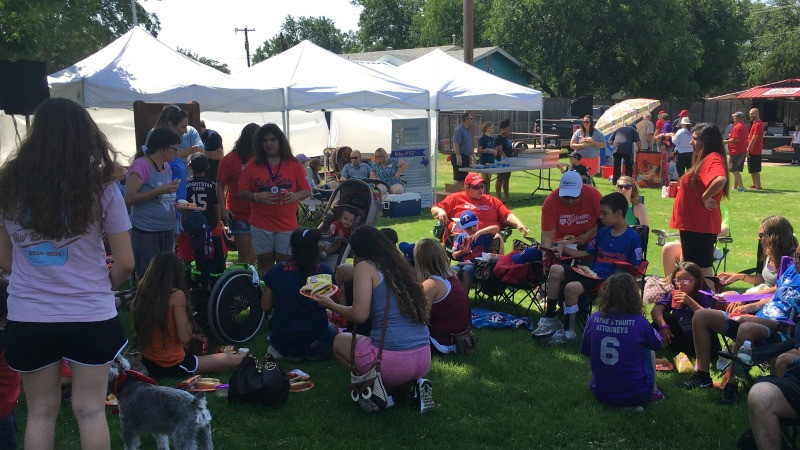 Everyone appeared to enjoy the beautiful sunny day, with many taking advantage of the bounce house provided by Monterey AMBUCS member David Woody. 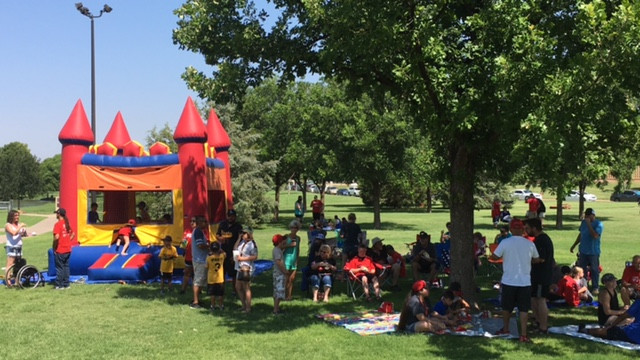 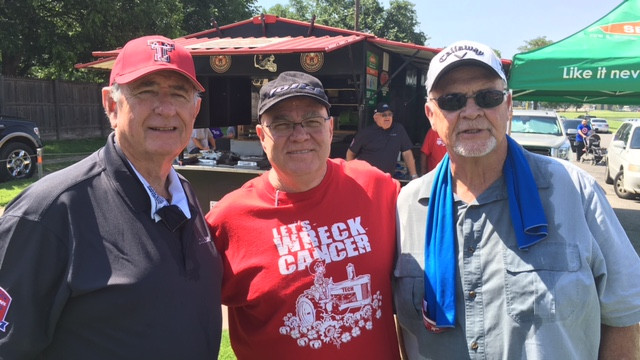 Once everyone arrived, there were plenty of hot dogs and sliders, plus chips, cookies & cupcakes, along with lots of iced-down soft drinks and water (all provided by United Super Markets), and cooked to perfection by the team from Servpro, including our own Monterey AMBUCS member Jennifer Jones. 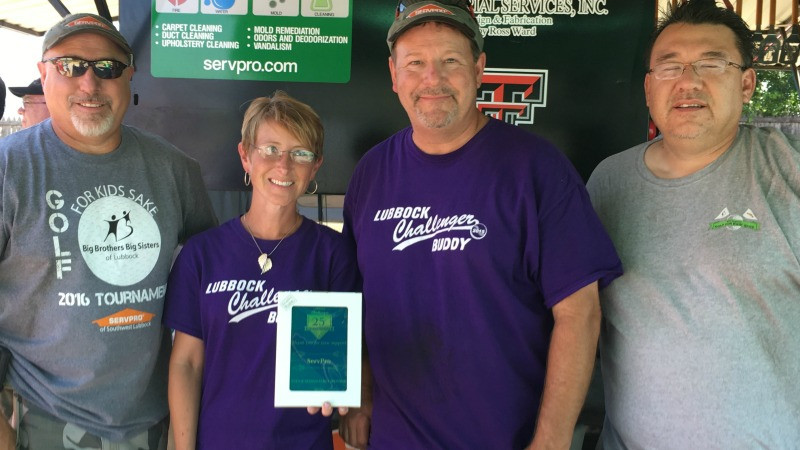 And, trust me, there was plenty of sampling done by everyone such as our Monterey AMBUCS members Oscar Will and Jan Bullard. 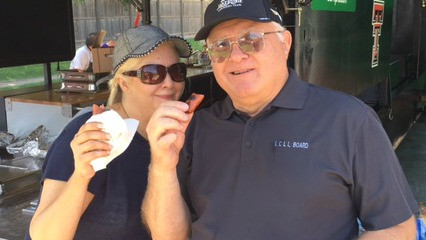 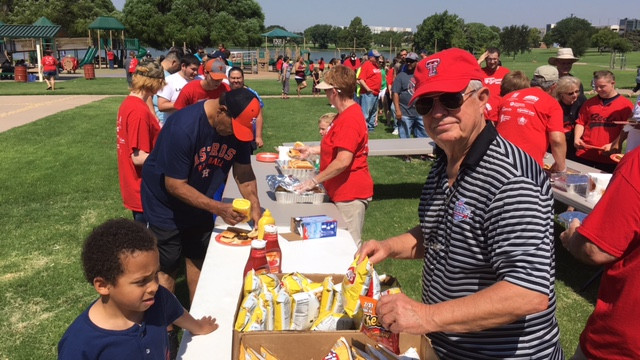 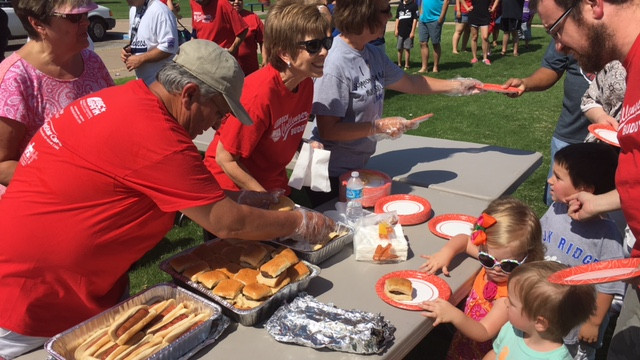 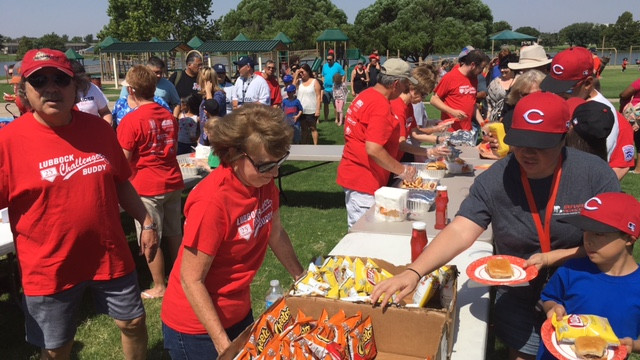 And there was apparently plenty of room left for the cookies and cupcakes handed out by Monterey AMBUCS member Anthony Brocato (with some highly energetic helpers). 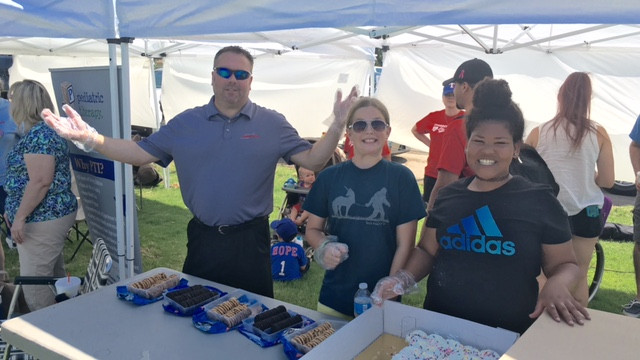 And everyone seemed to get their fill, as witnessed by one of our youngest family members. 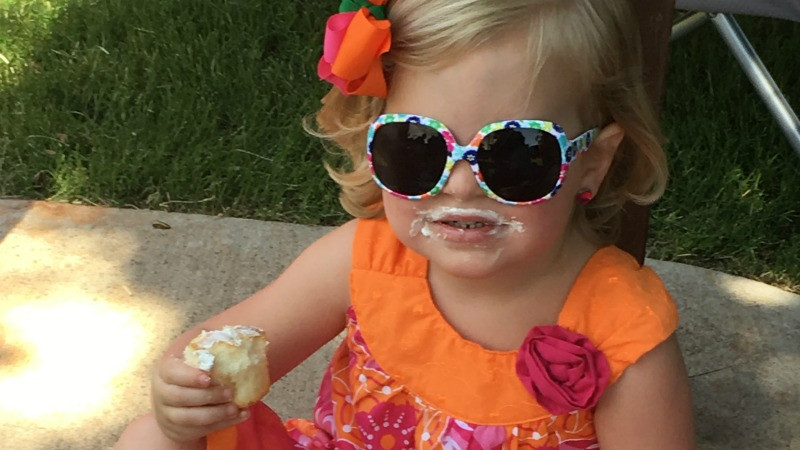 But the main purpose of the event was to recognize folks for participating in the Challenger program (from Sponsors to Buddies and Players), and Challenger always does a great job of doing just that, starting with their recognizing the efforts of 51 year-old Bobby Boynton, who has been announcing the Challenger games for 24 years. 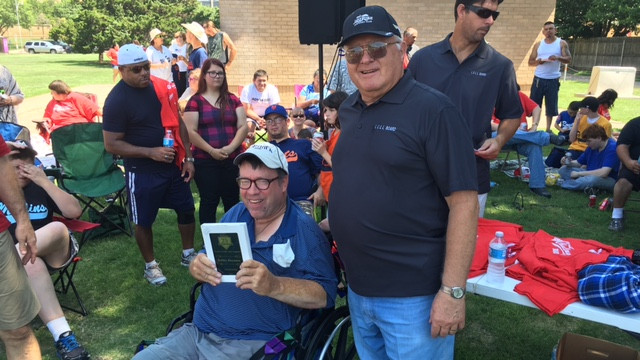 Monterey AMBUCS was recognized with a plaque (accepted by President Anthony Brocato) for the Club’s sponsorship of the Challenger Yankees team for 25 years. 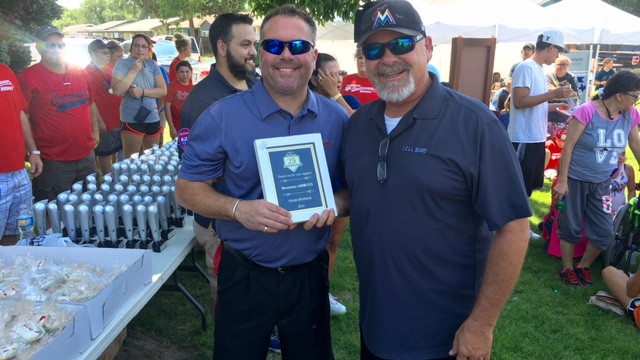 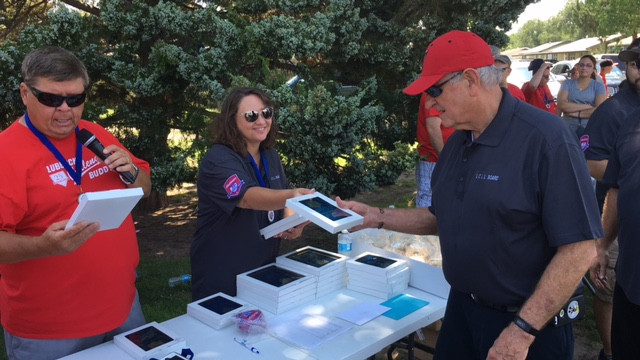 But the real recognition went to the kids who were the players in the League – the ones that the whole program revolves around, 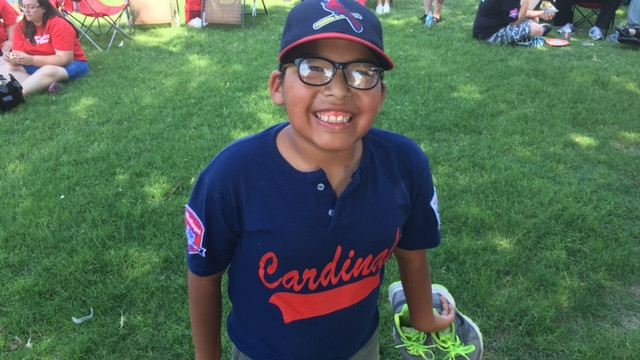 Each player got a special trophy from his/her coach, along with a unique baseball cookie. 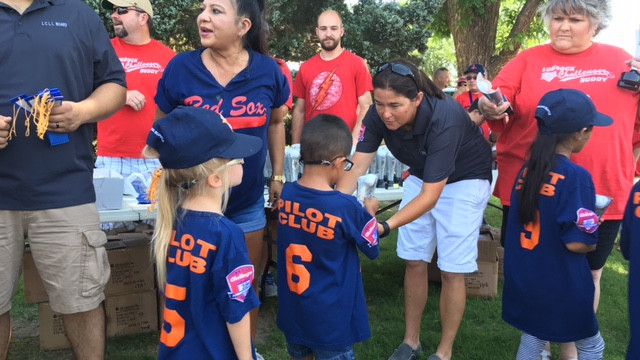 If you’d like to experience the joy that comes from seeing these kids get to be “normal” for a few weeks by playing on their own baseball team (as Lonny Kane shared in his video), then consider Joining Monterey AMBUCS, and be involved in this and many other opportunities to make a difference in your community.