Our club was well represented at the Recent Southwest Region AMBUCS Conference in Dallas the weekend of April 23. This is the annual meeting where club-building and fund-raising ideas are shared by all clubs in the Southwest Region, and new officer training is held.

Past National President, Patty Vannoy, and her husband David were there, along with our current 2015-16 Club President Don Lynn, our new 2016-17 Club President Anthony Brocato, and our Club President-Elect for 2017-1018, Kim Davis.

At the conference, several AmTrykes were given to DFW area recipients, and our club provided one of those AmTrykes to a young fellow named Mateo Martinez. 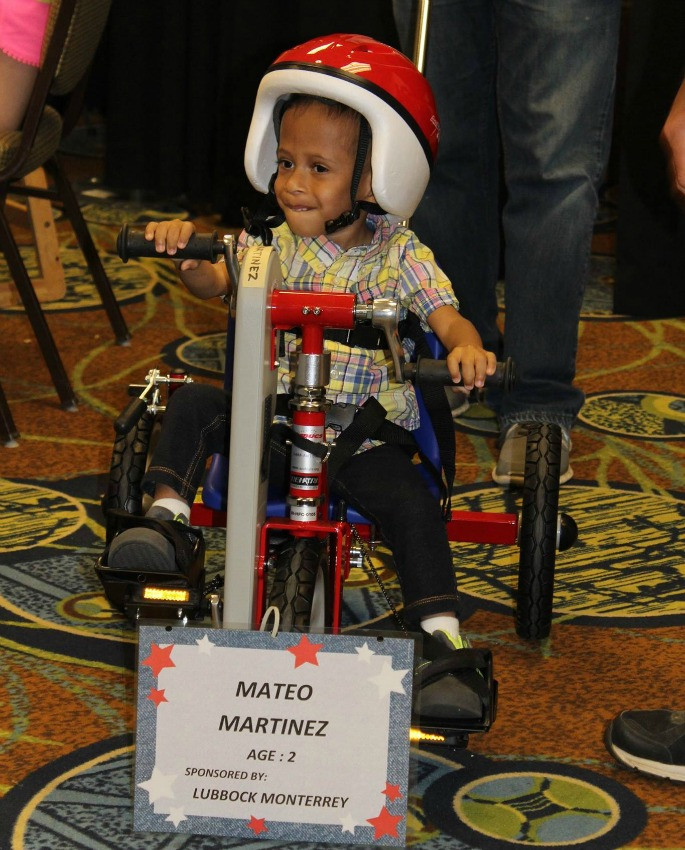 Thanks to those who took the time to be in Dallas to represent our Club.