Ron Rummel joined the Lubbock Monterey Chapter of AMBUCS November 27, 2007. His sponsor was Roger Clark who is also a long-time member of AMBUCS. 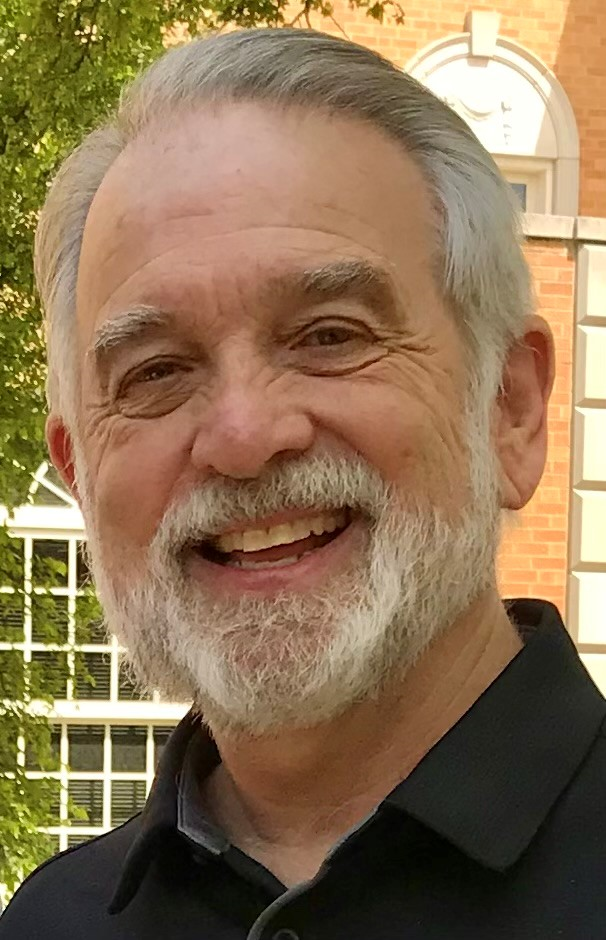 When asked why he joined Lubbock Monterey AMBUCS, Ron stated, “because Roger told me I had to.” Roger and Ron have been best friends since 5th grade, but Ron moved away from Lubbock for several years. When he returned home to visit, Roger, whose dad was Bob Clark and one of the Founding Members of this chapter of AMBUCS, always invited Ron to the AMBUCS Lunches. Ron says he enjoyed the camaraderie of the club and the guest speakers.

Once Ron moved back and joined Lubbock Monterey Chapter of AMBUCS, he saw the actual mission of the club in action through the Fair Restaurant and fell in love with the AMTRYKE Program, especially seeing the kids who received them.

Ron was born in Vernon, Texas and moved to Lubbock at age 8 (1957). His Dad purchased one of the Parade of Homes (3rd Annual!) on 58th Street, directly across from where Parsons Elementary is today. Back then, it was a field!

He graduated from Monterey High School in May 1967 and says that in June 1967 the Beatles put out their Sargent Pepper’s album, with the song “When I’m 64”. At age 18, he never thought that would happen, but soon he will be 74, and says he has had a blessed life.

He married in 1972. In 1975, the Rotary Club, who meets next to the Lubbock Monterey AMBUCS, gave him a Fellowship to England to study at Cambridge University for a year. When he and his wife moved back to the States, they settled in Dallas, where they raised 4 incredible kids - 3 boys and a girl.

All his boys (Hayden, Mark, and Drew) still live in the DFW area, and his daughter, Elle, lives in Orlando. They adopted Elle when she was only 19 hours old, and she always reminded her brothers she was the special one, because “we picked her, but had to keep them!”

Ron got a divorce in 2006 and moved back home to Lubbock in 2007. He immediately reconnected to his first girlfriend back in Junior High, Karen Clark Hudgeons (Roger Clark’s younger sister). Karen had been divorced for a few years and was apparently perfectly content living on her own; so, Ron says it took him about a year and a half to convince her she needed to get married again, and Ron and Karen were married on February 15, 2009.

Each year, they “bundle” – Valentines on February 14, Anniversary on February 15, and his birthday on February 16th. Karen said she didn’t want to marry an old man, so he was still 59 the day they married…turning 60 the next day!

Karen has 2 sons (Noah and Dustin) and between her 2 kids and one of his 4 kids, they have 2 grandsons, 2 granddaughters and a granddaughter on the way. “It’s such a blessing to have come full circle – back home and back to my first love.”

When asked about his goals, Ron said that despite a major heart attack in 2011, he has outlived his dad by 5 years and his granddad by 7 years. His mom passed away in 2017, and he is shooting for at least her age of 92, which means he has about a quarter of his life still to go.

Ron has been involved in Network Marketing as an Independent Sales Rep for over 40 years through 3 different companies and has been highly blessed and favored through those endeavors. Recently, he became involved in a start-up opportunity involving a fuel catalyst that he says is incredible and has had a lot of fun in getting actively “back in the game.”

Ron received his Architecture degree from Tech and pursued that career path for 12 years before going into Network Marketing. Combining his Architecture and Marketing skills, his tag line on his business cards reads “Designing individualized Quality of Life Solutions.”

He started shuttle driving for Gene Messer Ford several years ago and only stopped due to Covid. Recently, after a hip replacement, his daughter, Elle, began bugging him to become an Uber Driver and he has been doing that since 07/22, and is loving it.

He likes to drive and enjoys meeting new people. Ubering also allows him to keep up with the incredible growth all over Lubbock, and with all that growth, Ron says he’ll never have to go anywhere else to find people to bless.

Two interesting facts about Ron are, first, his “claim to fame” that Peggy Sue was his cousin…especially being right here in her and Buddy Holly’s hometown; and, second, with his Architecture License secured, his last job in Lubbock before moving away in 1975, was working for Berwyn Tisdel in the production of plans on what was then the new Home Economics Building at Tech.

Little did Ron know he would come back home 32 years later and enjoy the opportunity of associating with Berwyn (who just celebrated 60 years of Membership in the club) from a whole different perspective—as a fellow Monterey AMBUC.

As a favorite pastime, Ron has started an N-gauge model railroad layout in his basement, and he hopes to have more time to work on it. He and Karen enjoy going to movies in a real movie theatre, and Ron says that Ron Howard is living “his” dream – since Junior High, Ron has always wanted to make movies—and says he may still.

Ron wants to be healthy, active, and working right up until God takes him to his final home; and wants to be Helping Other People Everywhere (HOPE) in whatever way God has planned for him to serve.

Ron shared that the first three quarters of his life have been more about making money and surviving, but that he wants his last quarter to be more about creating significance and thriving.

Ron’s business is called Global Abundance and he wants to help bless others around the world with as much of God’s abundance as he can.

We are so grateful to have Ron Rummel as a member of our Monterey AMBUCS Team, and whether you’re a long-time Lubbock resident or a newcomer, if you too would like to learn more about our mission and see about joining our TEAM, just JOIN US at one of our regular Monday lunches at the McKenzie/Merket Alumni Center on the Tech Campus. You’ll be glad you did!