Rylee Rackler is a young lady who had one wish for Christmas, 2022. She wanted a tryke she could successfully ride. The Lubbock Monterey AMBUCS made this happen. December 15, 2022. Rylee was able to ride her new AMTRYKE Proseries 1416 as though she had been riding a tryke for years. 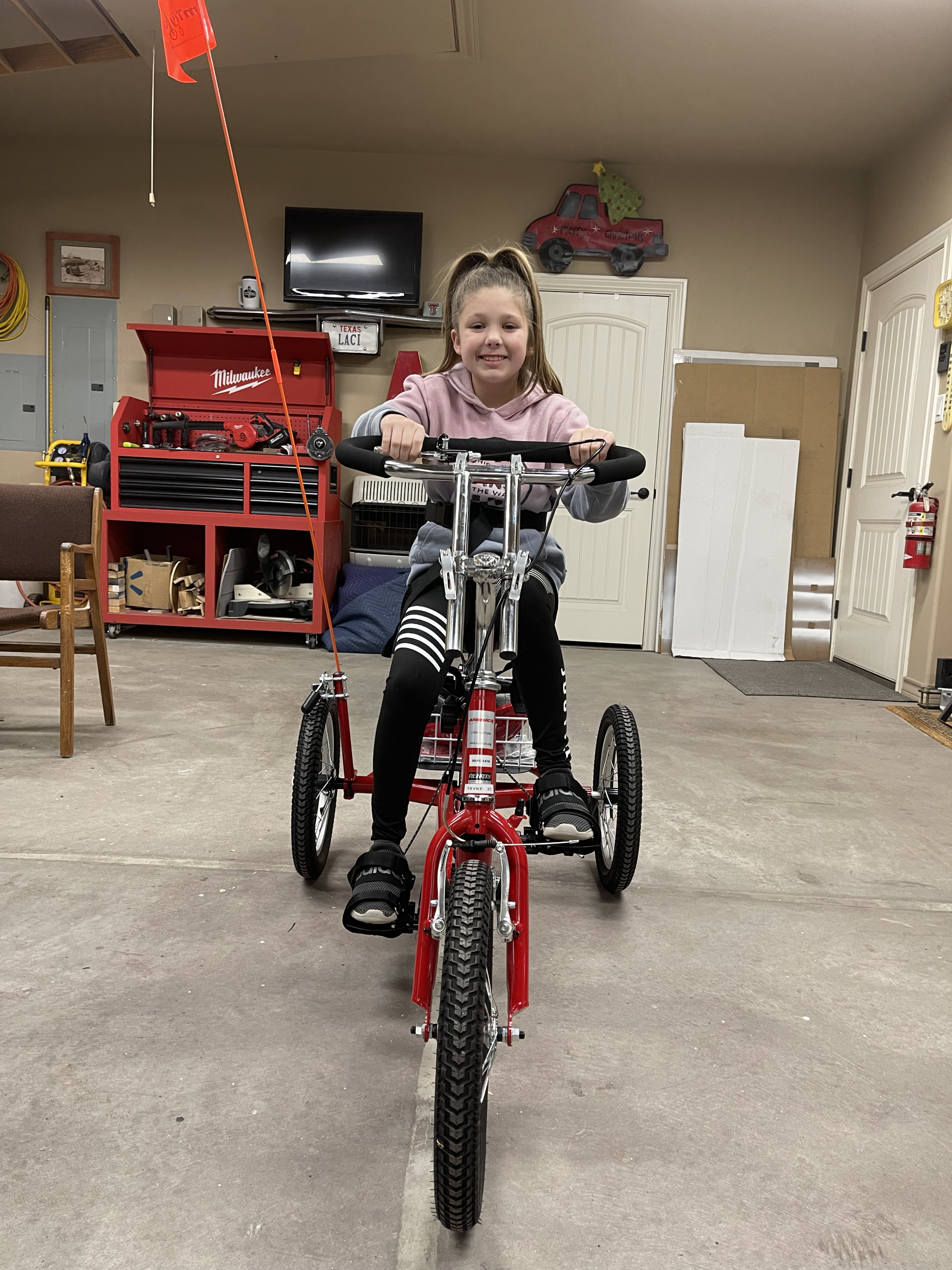 This is just one project program Lubbock Monterey AMBUCS is involved in. The AMBILITY COMMITTEE works hard to allow toddlers, kids, teens, adults, and Veterans their dream to be able to ride a tryke, no matter what disability they may have. AMTRYKES allow strengthening, increased coordination, and socialization while they are having fun riding their tryke.

It takes many people for an AMTRYKE recipient to receive their much-needed therapeutic tryke. Because of sponsors, members, and our SummerFest Fundraiser, this AMTRYKE was given free of charge to Rylee. To become involved in the Lubbock Monterey Chapter of AMBUCS, you can DONATE NOW, become a SPONSOR, and/or join as a MEMBER. We are Proud of our past...Engaged in our present...and, excited about our future. As it was in 1960...and as it still is today...We stand Shoulders Together!!