We were joined at lunch on Monday, April 10 by our latest AmTryke recipient, 5-year old Maverick Galvan and his mom Crystal and his 10-year old brother Tyler. 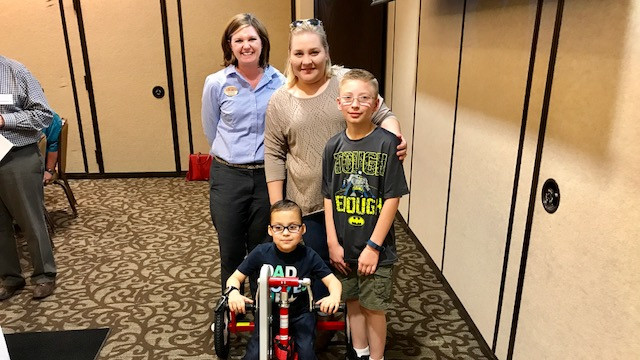 They are from Morton, Texas, where Maverick’s dad Theo (who could not attend due to work) is on the police force, and where Tyler is in the 5th grade and Maverick is a Pre-K. Both boys said that their favorite part of school is either recess or lunch.

Maverick has been receiving therapy for his Spina Bifida at the Texas Scottish Right Hospital in Dallas with his therapist, McKenzie Summers, and his mom Crystal said the new bike will help Maverick with his stability while providing him a fun outlet to be more like his big brother. 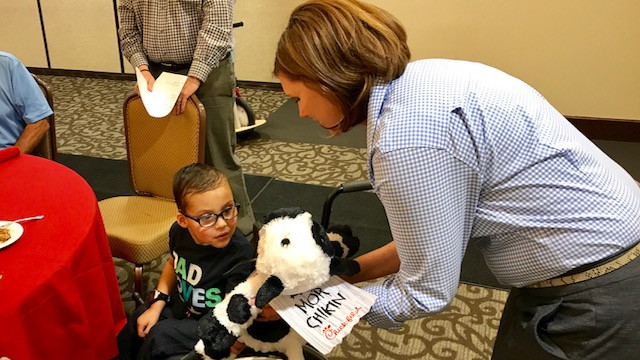 We were also joined at lunch by Abie Rampy of Chick-fil-A who presented Maverick with his own stuffed Chick-fil-A cow and some coupons for Chick-fil-A meals. Chick-fil-A co-sponsored the presentation of the new bike, along with our club, and you can see Maverick ride his new bike at the 2nd Annual West Texas Wine Walk on Saturday, April 22.