On Saturday, May 21, Monterey AMBUCS members and their spouses gathered at the Party Barn of fellow member Rollo Gurss and his wife Cindy to enjoy some fun and fellowship, have dinner, recognize key folks for 2015-2016, and install new Club Officers for 2016-2017.  The setting was tremendous, with the dining area opening up to the outside. 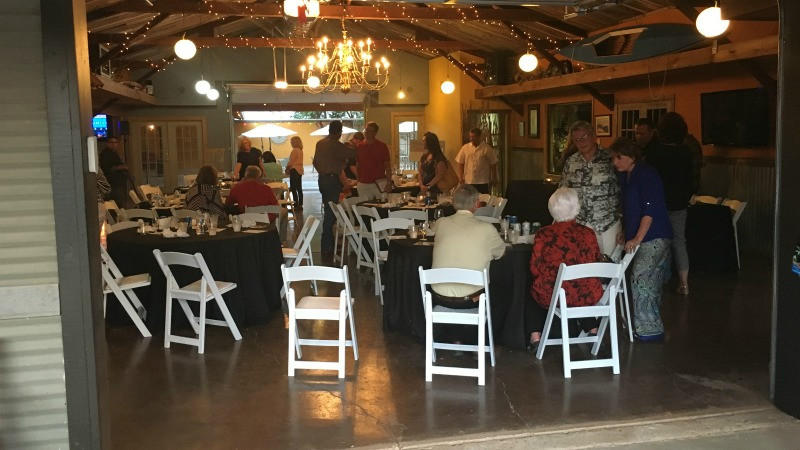 Folks could sit around outside or gather at the bar, or just sit and talk at the neatly decorated dining tables. 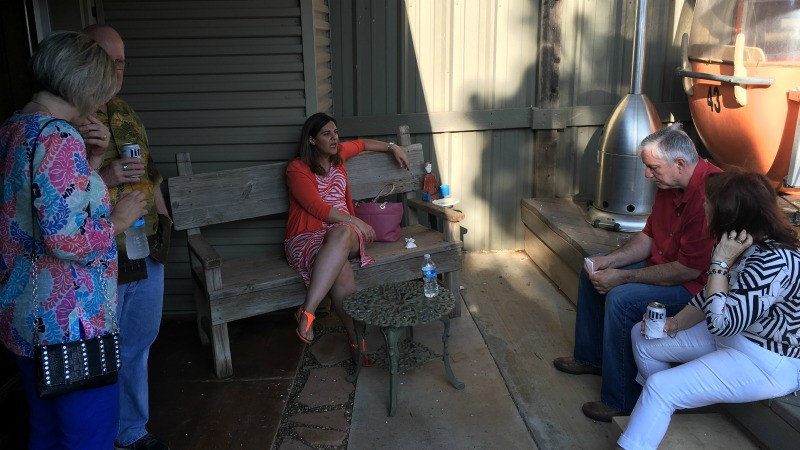 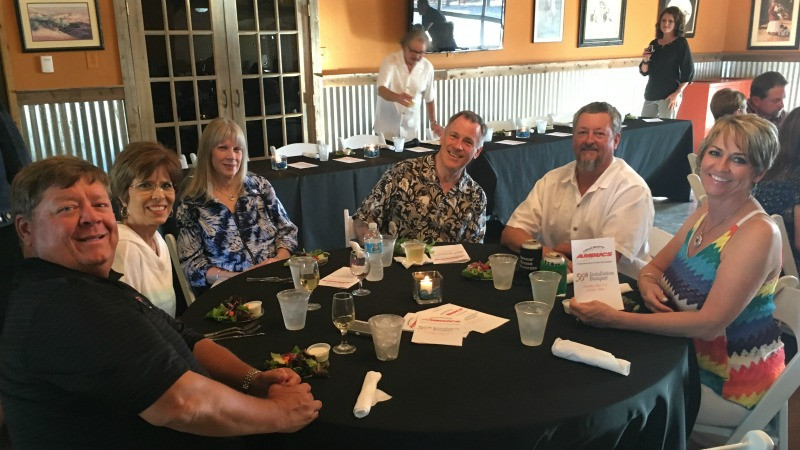 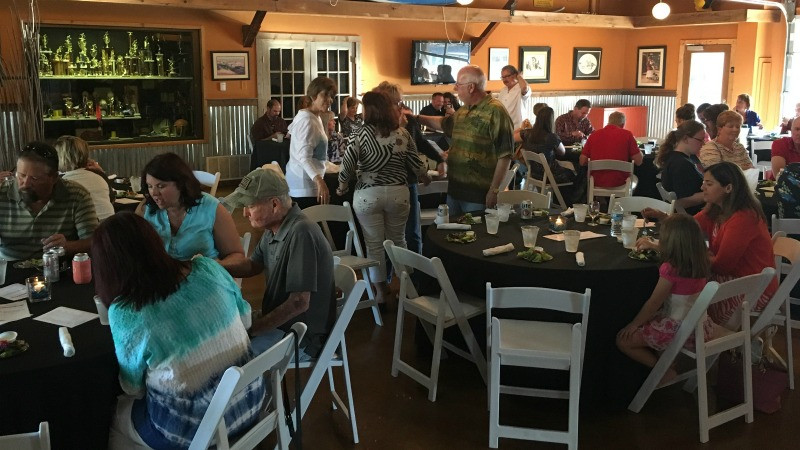 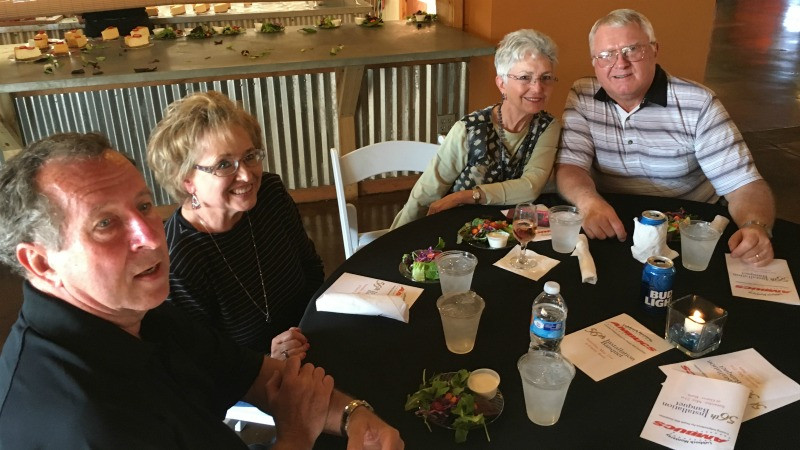 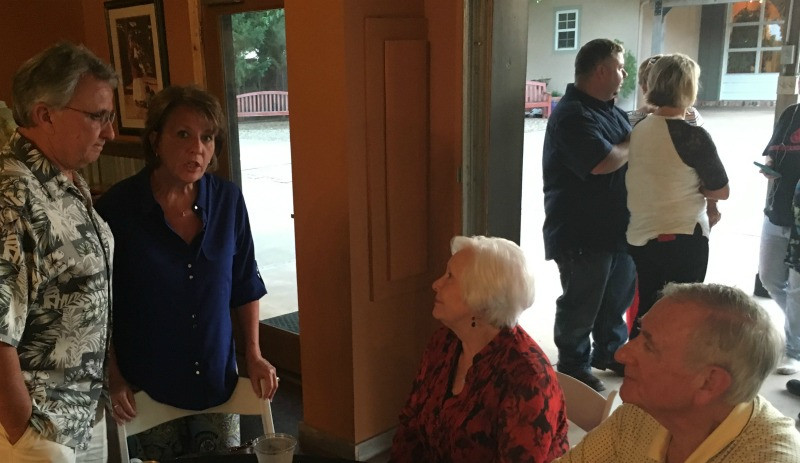 While folks gathered and talked, and during the dinner, they were entertained by Kayla McKinney, daughter of Monterey AMBUCS member Kadee Harcrow. Kayla was a recent tryout participant for American Idol in Houston. 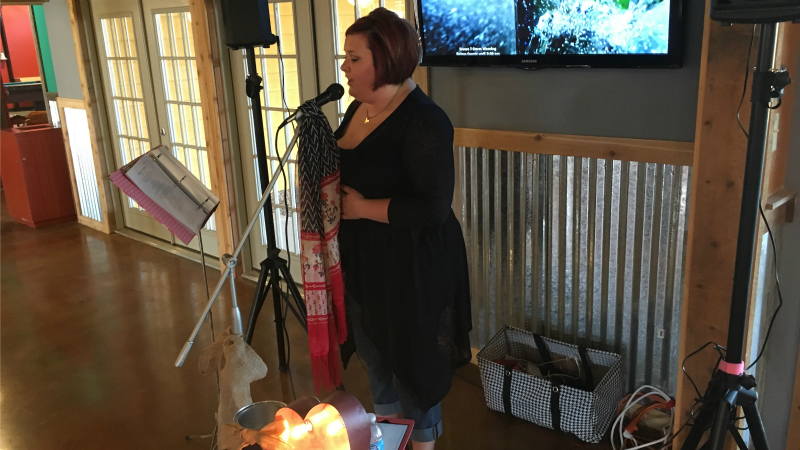 We even got a special performance of Hamburgers in Paradise by Monterey AMBUCS member Bobby Sanders, who has agreed to chair this year’s Fair Restaurant Fundraiser and has promised NOT to sing at the Restaurant grill if we’ll all agree to work our Fair shifts! 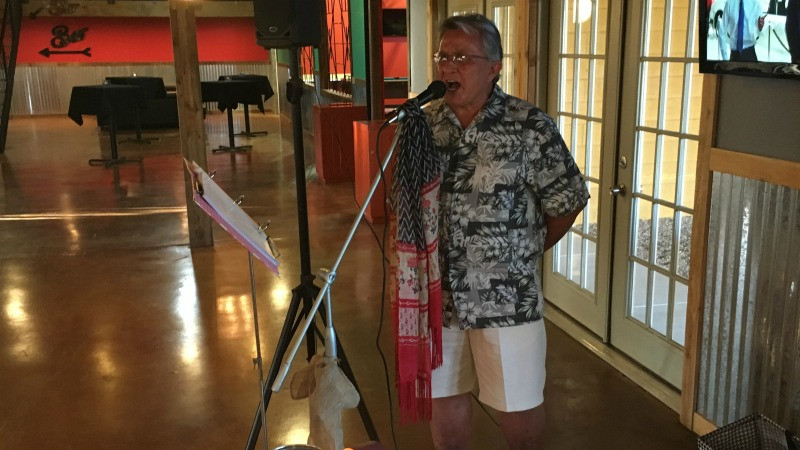 Folks certainly didn’t leave hungry, with a great plated meal of steak and chicken and an awesome cheesecake for desert. 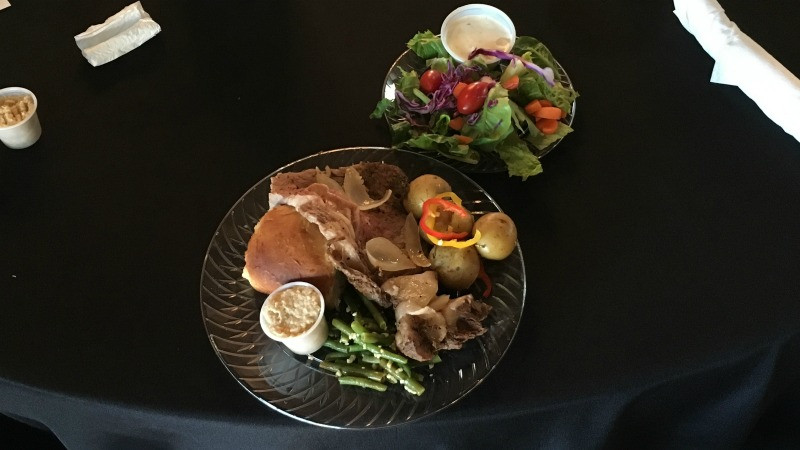 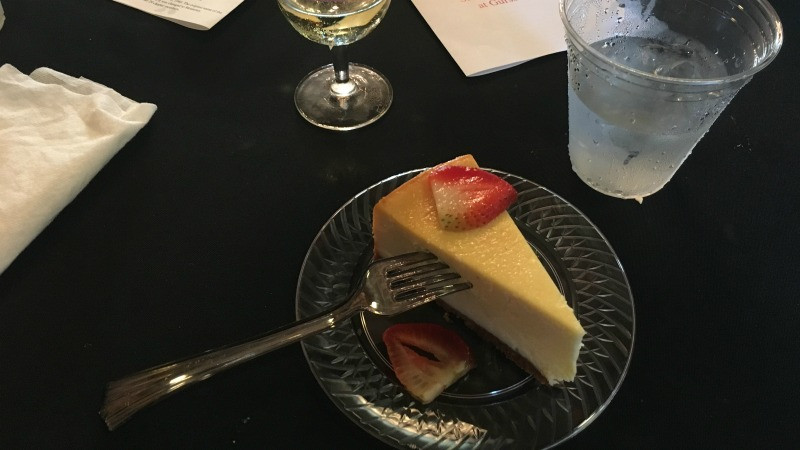 Our head table was graced by current President Don Lynn and his wife Sue, as well as incoming President Anthony Brocato and his wife Amanda; and they were joined by Missy Hopson (Regional Director for Region 6). 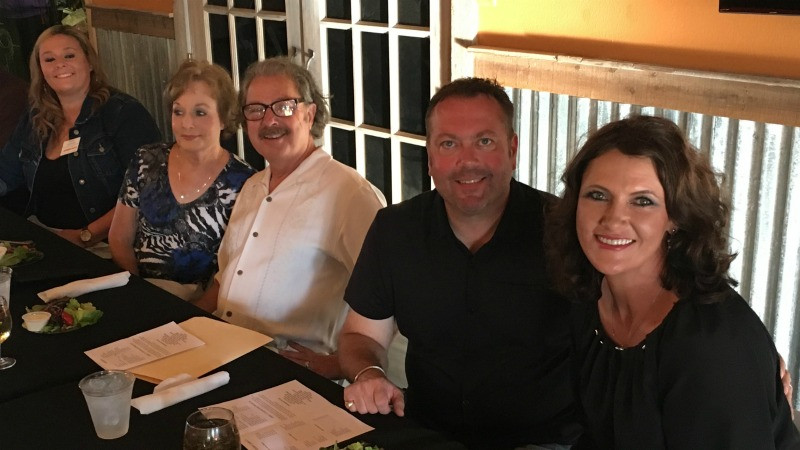 Missy administered the oath of office to the incoming board, and then to Anthony, as our new President. 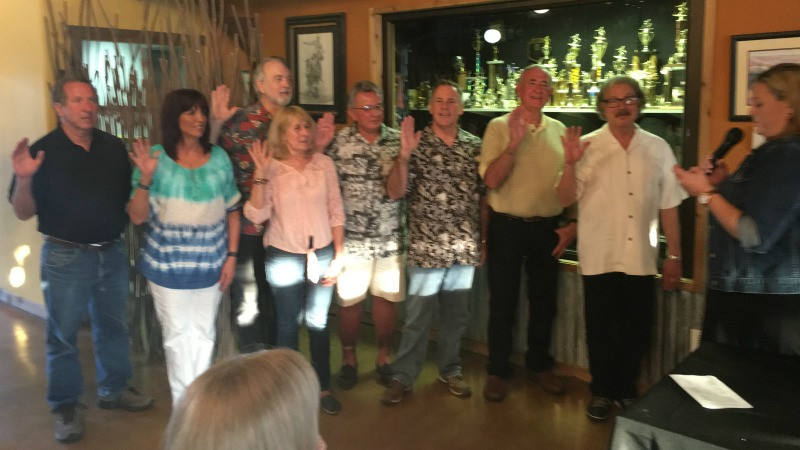 After the installation, President Don Lynn took the time to make some remarks about his year, and then recognized a number of key people with special plaques, such as our long-time Treasurer and former club President, Roger Clark. 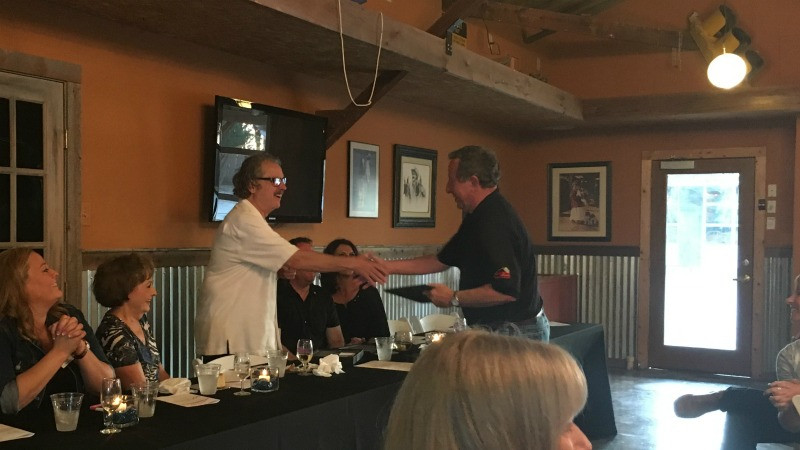 Don also presented a Presidential Service award to Patty Vannoy, for all her tireless efforts in support of our club, even while serving the past year as National AMBUCS President. Patty was out of town, fulfilling her duties as immediate past President but Don plans to present her award to her at one our regular Monday lunches. 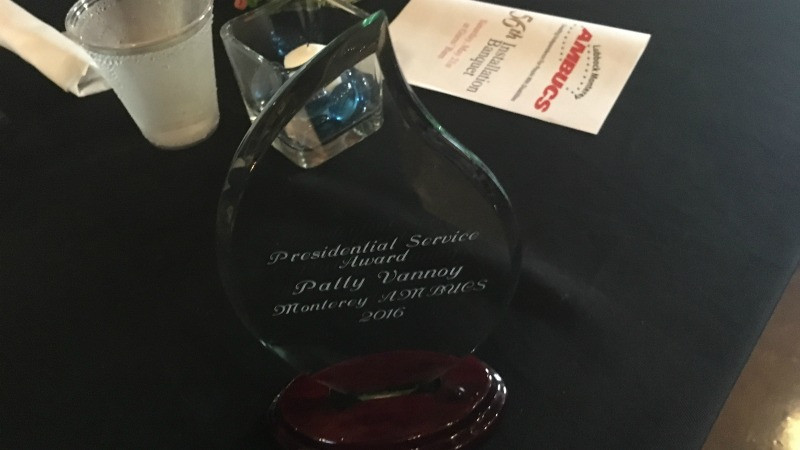 Don’s final award went to Kim Davis as the AMBUC of the Year for 2015-2016. Kim served as Club Secretary for the past year and is the President-elect for 2017-2018, and has been an indispensable asset to our club, having originally come to our club as a luncheon speaker for Mosaic, and deciding she wanted to be a part of what we do. 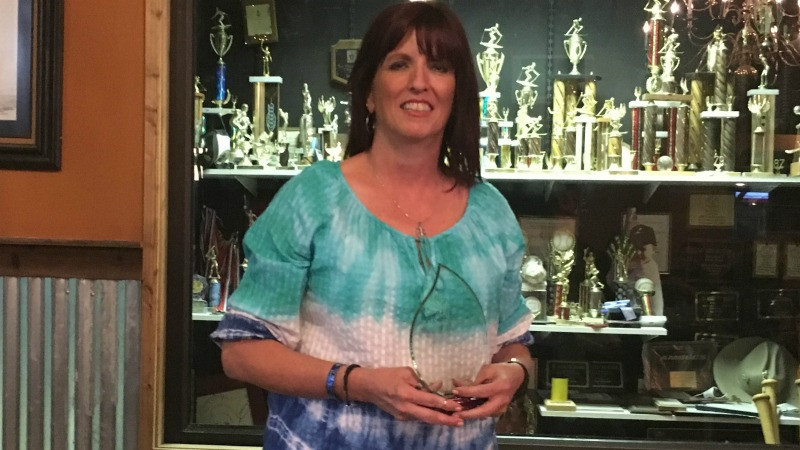 Everyone was treated to an exceptional evening of fun, food, and fellowship, and seemed to be very pleased. 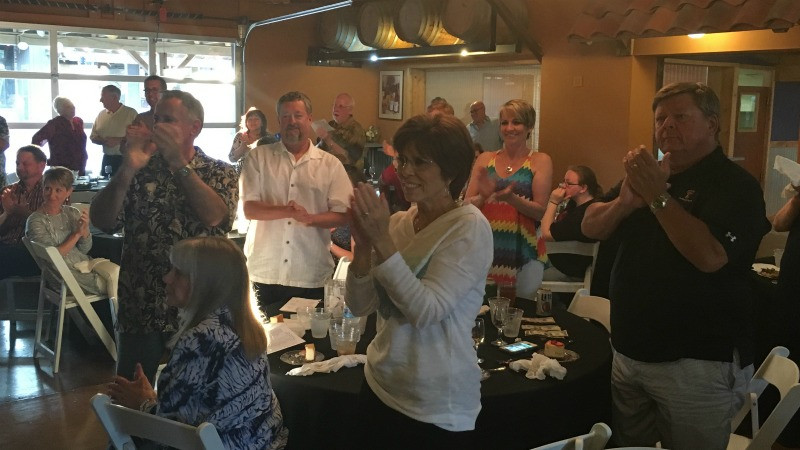 We want to again thank our hosts, Rollo and Cindy Gurss for a wonderful evening, and we all look forward to an incredible 2016-2017 Monterey AMBUCS year under the guidance and leadership of our new Officers and Board.